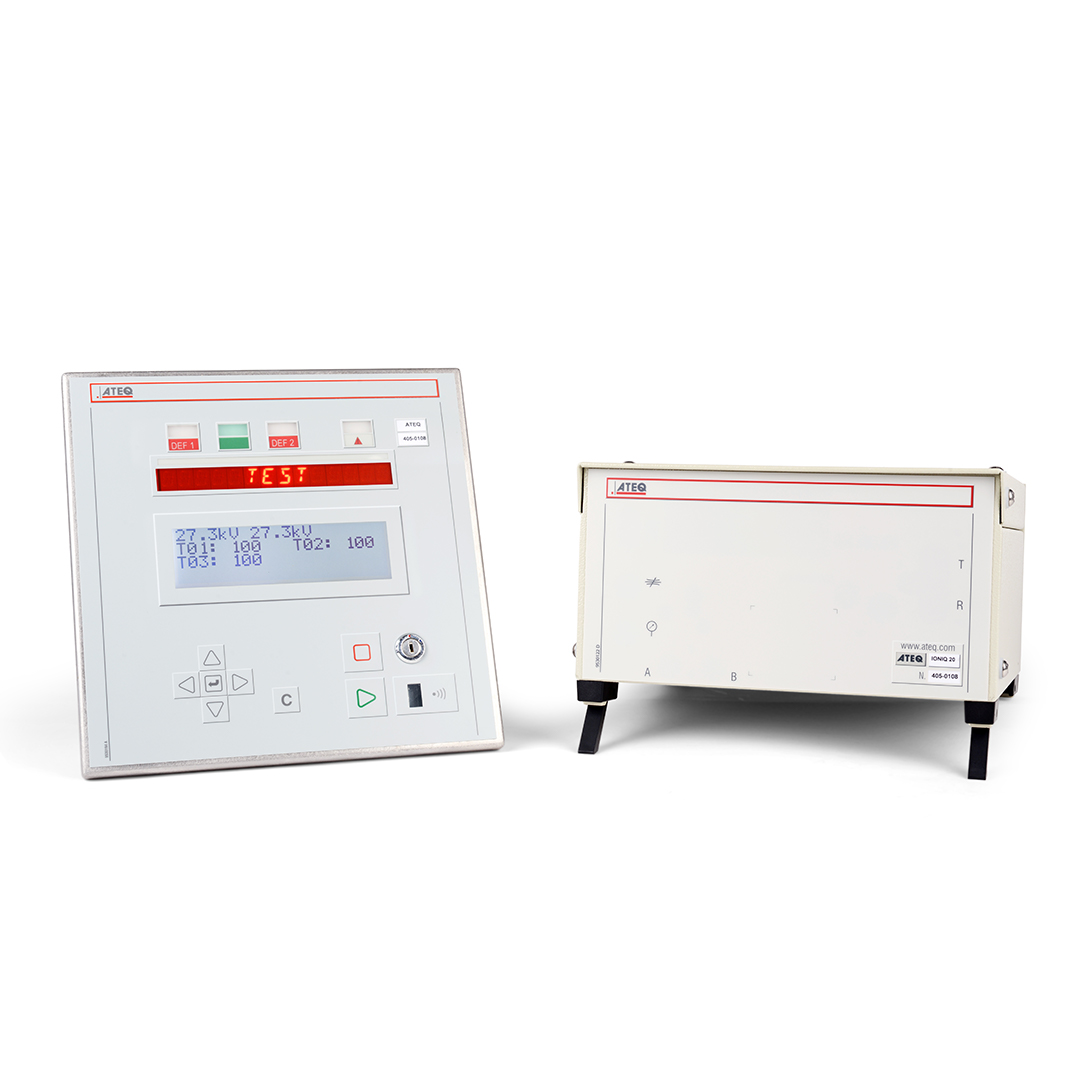 On the basis of its well proven concept of production line QC Testers, ATEQ has developed a new leak tester designed for the specific requirements of high volume production of plastic parts. This instrument is used for the detection of localized moulding faults, insufficient membrane thickness, perforations, etc.

This instrument has also proven to be effective on testing pouch battery cells.
The IONIQ is based on discharge current measurement and is able to detect defects up to of 10µm. 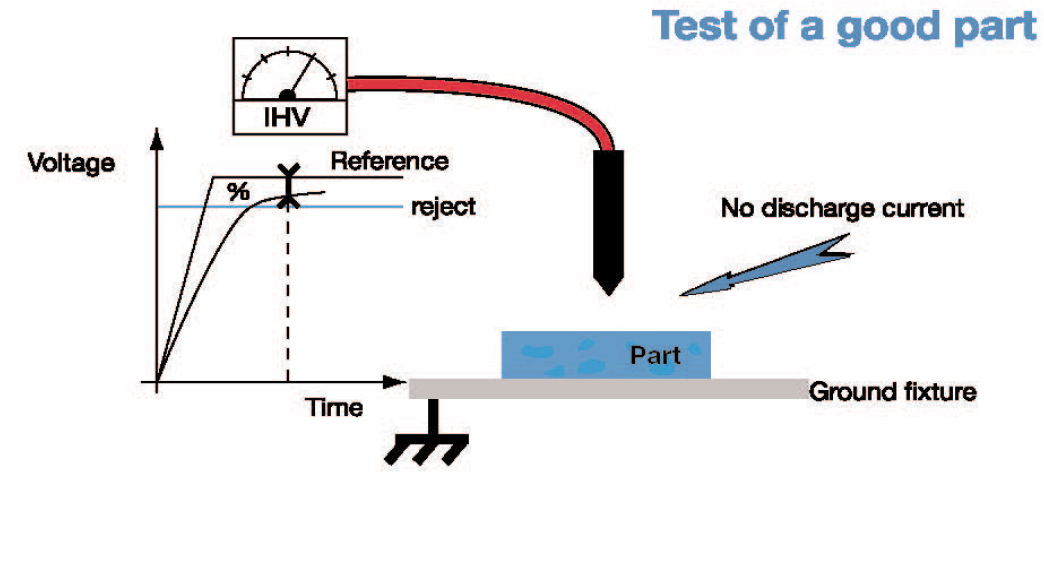 • The IONIQ measures the current flowing between a patented charged probe and a ground plate placed under the part to be tested.
• The IONIQ uses the % of the nominal voltage (which reflects the discharge current), measured on the part as PASS/FAIL level.
• In a PASS situation (fig 1) : No hole, no weak part, the IONIQ measures a high %. The measured voltage and the nominal voltage are virtually equal. The result is above the reject level, the part has passed the test.
• In a FAIL situation (fig 2) : The IONIQ measures a low %. The measured voltage is significantly below the nominal voltage. The result is below the reject level, the part has failed the test.
• Test limitations: short probe-part-plate distance, electrical insulation from environment.

Detailed information about the IONIQ 20 including features, specifications, etc.

A high voltage loaded sharp end is applied next to an earth connected base and in between lays the plastic part we test. Should a hole exist in the part, ions will start moving from the earth to the sharp end. This will result in a loss of power and be translated into a leak.
While this method does not quantify the leak rate in terms of cc/min for example, it is the fastest ever invented to detect a leak in a go / no go process.
We have achieved cycle times of less than 7/10 of a second.

This website uses cookies to improve your experience while you navigate through the website. Out of these, the cookies that are categorized as necessary are stored on your browser as they are essential for the working of basic functionalities of the website. We also use third-party cookies that help us analyze and understand how you use this website. These cookies will be stored in your browser only with your consent. You also have the option to opt-out of these cookies. But opting out of some of these cookies may affect your browsing experience.
Functional
Functional cookies help to perform certain functionalities like sharing the content of the website on social media platforms, collect feedbacks, and other third-party features.
Analytics
Analytical cookies are used to understand how visitors interact with the website. These cookies help provide information on metrics the number of visitors, bounce rate, traffic source, etc.
SAVE & ACCEPT
Go to Top